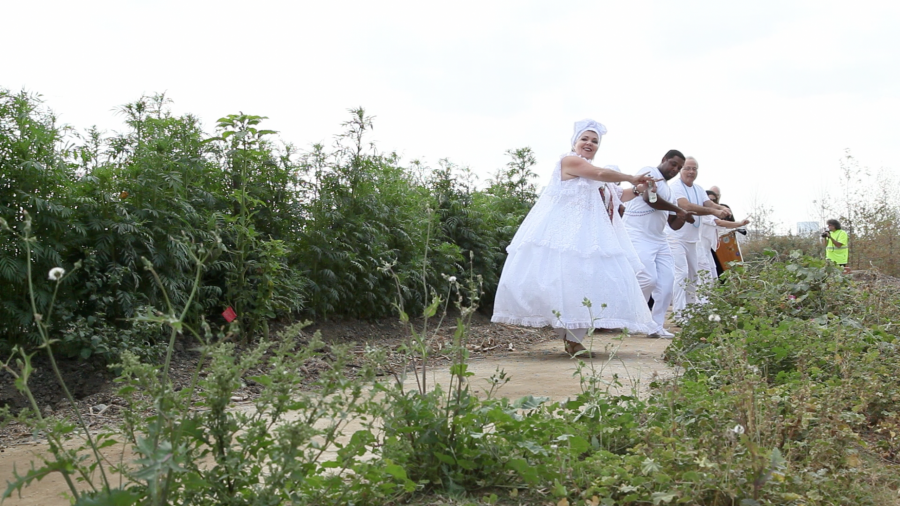 As 2014 begins and the lessons that were learned in 2013 in working on the Documentary, there has been diagrammatical shift on the attention of civic and public realm in cities like Los Angeles and the rest of the modern matrix of cities which presents itself towards the future with an emphasis on reimagining and revitalize neighborhoods in cities. The opportunity to present the work-in-progress film to 3 different events in 2013 shows that there is an interest in urban and civic planning and design and a need for civic engagement to improve and move to a direction that can be unprecedented.

Mr. Christopher Hawthorne, the Los Angeles Times Architecture Critic, wrote a column before the end of 2013 about the new identity taking shape by reviewing or reintroducing the LA River as an integral part in the fabric of LA and how a generation of Angelenos are instead using public transportation and bicycles. He states “Los Angeles is no longer in the business of building freeways or stand-alone houses”, meaning that Los Angeles is moving from a auto-centric to a multi-modal culture where residents are choosing different ways of experiencing the city and its neighborhoods, how things are changing where there will be an emphasis in rebuilding better streetscapes safer for pedestrians and bicyclist.

It also reintroduced the concept of Frank Lloyd Wright’s urban model Broad Acre City into Los Angeles consciousness about integrating nature into the built environment. While it may not be totally convincing, the fact is that parts of Los Angeles are trying to bring greenbelt or greenways into former rail line easements, and the mayor of Los Angeles, Eric Garcetti, is promoting the “Great Streets Initiative” where the focus is along street corridors in improving the street life by installing streetlights for pedestrians, park benches or trees/landscaping.

But the main concern is whether Los Angeles can move forward with a tight budget, residents/stakeholders are willing to vote & approved city measures that will taxed its citizens in accelerating of building better public transportation or believing to finance in rebuilding the LA River. And what about the roles architects and designers should be doing or acknowledging beside overseeing or projecting their concepts into a civic/public realm? What about architects and designers knowing about urban planning in their own neighborhoods that would bring a policy in making their area more attractive or create an identity that is different from its neighbors? What about public input?

We are now living in the most interesting time of this era where questions and concerns about the future of mankind is in jeopardy or in crisis, where global warming, population growth, and quality of life has been addressed. Sometimes when we think globally, we should act locally. With technology playing an important role on how we are going to live in the near future, with smartphones, automation, robotics, informational technology and surveillance in a globalize economy, it a dawn of a new universe. It is the New Technological Age of the 21st Century.

As a personal note, this endeavor has been taken a toll and has fought the validity in this gesture on architecture, design and cities. The only hope right now is to complete and let it stand for what it is worth. I would like to thank the people involve who help me stir in the right direction or who commented how important and relevant to today’s climate. I promise last year I would do more posting in the Broad Minded City website, which didn’t materialized but it’s a new year and starting fresh. There will be more clips, interview and upcoming events. I’ll promise that!